The research Project ‘GYPWORLD’, is a global initiative to understand gypsum ecosystem ecology and was launched after the kick- off meeting held in Brussels on the 16th and 17th of January 2018. It is a global initiative, led by the Pyrenean Institute of Ecology-CSIC (IPE_CSIC) which is funded by the European research program Horizon 2020 and is a Marie Skłodowska-Curie Action which fosters International and inter-sectoral cooperation through the Research and Innovation Staff Exchange (RISE). The project brings together four continents for the first time to study gypsum ecosystems. A total of 18 institutions from 11 different countries (Spain, Portugal, Italy, Cyprus, Turkey, Iran, the United States, Mexico, Chile, Argentina and Australia) are participating in the project, which will run until 2021 with a total funding of € 724,500. In addition to the IPE-CSIC, who are coordinating the project, other Spanish partners include the Rey Juan Carlos University of Madrid and the University of Almeria.

To date the study of gypsum soils has been carried out in isolation in a few of the areas where gypsum soils are available, particularly Spain. However, gypsum soils are available over the Globe and many areas are virtually unexplored. Sara Palacio, the project coordinator and a post-doctoral researcher from IPE-CSIC explained that the scientists are interested in finding out what plants grow in these systems, what it means to live in these types of soils, how the plants have adapted to them and what possible threats they face.

To find the answers to these questions a global approach that allows us advance in this field of knowledge is essential and the current objective is to find out if the mechanisms and processes that govern some of the gypsum ecosystems of the world serve for others. “This research seeks to identify global processes that are typical of these soils, regardless of the origin of the flora and the climatic conditions of the different regions in which they appear,” adds Sara.

These ecosystems can be found in the driest regions of the planet, such as the Atacama desert, South America, the Lut desert, Iran or the Namib desert, Africa. Therefore, organisms that grow on gypsum normally have little water. In addition, gypsum soils share a series of physical and chemical characteristics which are limiting for plant life. “What undoubtedly changes from one region to another is the type of organisms that grow there, their evolutionary origin and, in many cases, the climate to which they are exposed. For example, in gypsum soils from Spain we have a Mediterranean climate while in the desert of Chihuahua (USA-Mexico) it is a monsoon climate and the rains coincide with the hottest time of the year: August”, illustrates Sara.

To fulfil its objectives, ‘Gypworld’ will be developed in multidisciplinary work blocks. On the one hand, expeditions will be carried out to characterize the diversity of plants and lichens of these environments and molecular phylogenetic studies will be carried out to unravel the origin and evolution of the gypsum species. On the other hand, physiological analyses will allow to understand the mechanisms of adaptation of vegetation to these environments which are so hostile to life.

The results of ‘Gypworld’ will also allow us to measure the scope of global change on this type of ecosystem: not only the impact of climate change, but also changes in the use of land by man.
The development of agriculture, urban infrastructures or the expansion of mining, among others, pose serious threats to the conservation of these systems. In Spain there are data showing how the fragmentation of gypsum habitats makes plant populations exclusive to this type of soil increasingly weak and vulnerable to climate change. However, probably the most serious problem is the perception we have of these ecosystems as “degraded deserts” that have nothing to offer and for this reason we are not concerned about destroying them. One of the main tasks of ‘Gypworld’ is to explain to the population living alongside these systems the enormous value they have: they are strongholds of biodiversity where plants have developed fascinating mechanisms to survive. “It is urgent to be aware of the enormous ecological value of these regions to be able to protect them worldwide,” concludes Sara Palacio.

This project has received funding from the European Union’s Horizon 2020 research and innovation programme under the Marie Slodowska-Curie Grant Agreement No. 777803 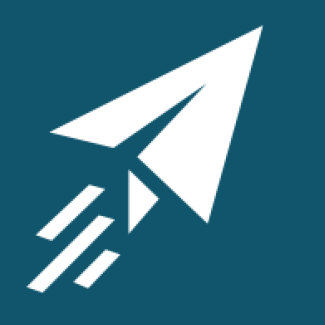